The soundtrack of our lives is here

We’re kicking off December on a high note because Spotify Wrapped 2022 is here!

Every year, Spotify listeners — which were revealed to be over 456 million — get treated to a specially made roundup of their top artists, songs, albums, playlists and podcasts.

Taylor Swift is the second most-streamed artist overall, and her album, Midnights, was the fourth-most-streamed among all albums on Spotify globally. But that’s not all. She’s also at the top of the most-viral artists list of 2022. Spotify reportedly measures this by the number of times a song is shared from the streaming service to social platforms. This means that her songs had the highest sharing rate.

Drake, The Weeknd, and BTS make up the rest of the top five most-streamed artists worldwide. But when it comes to the most-streamed songs category, ‘As It Was’ by Harry Styles proves its power by coming out on top. 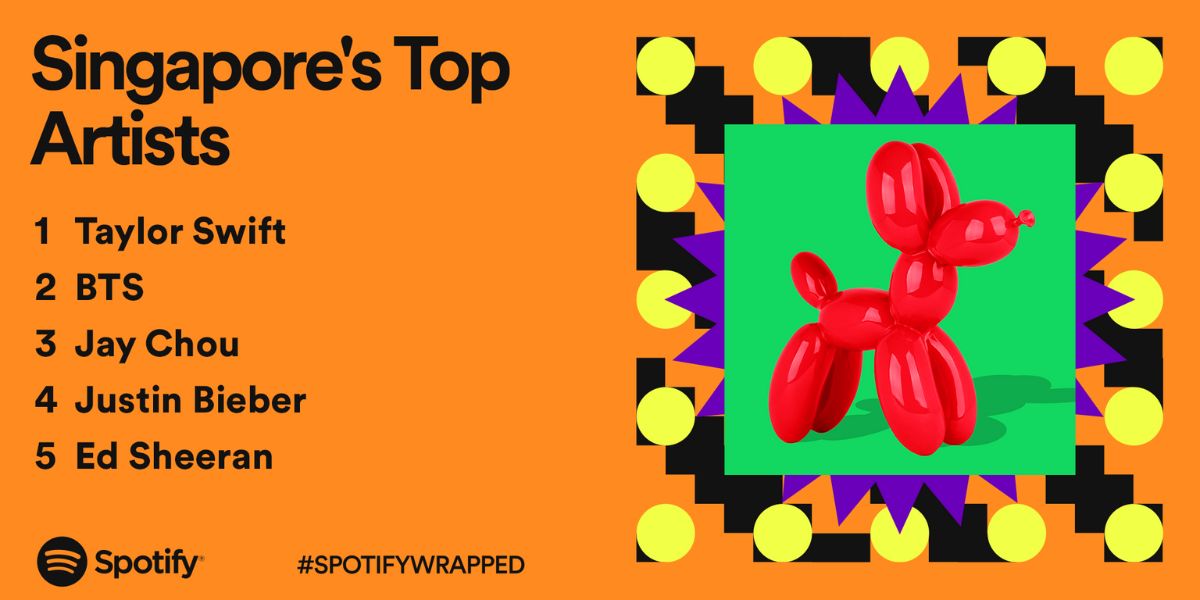 In Singapore, Taylor Swift is still at the top of the most-streamed artists, followed by BTS. The group has steadily maintained its position as the top group for the third consecutive year.

But the number one song that Singapore vibed to in 2022 is ‘Ghost’ by Justin Bieber. This was followed by ‘Glimpse of Us’ by Joji, ‘As It Was’ by Harry Styles, ‘Angel Baby’ by Troye Sivan, and ‘STAY’ by The Kid LAROI.

This year, Spotify has made a special K-pop-centric roundup. The top 10 most-streamed K-pop artists reached more than 16.5 billion streams this year. It’s an impressive 20% increase from 2021. 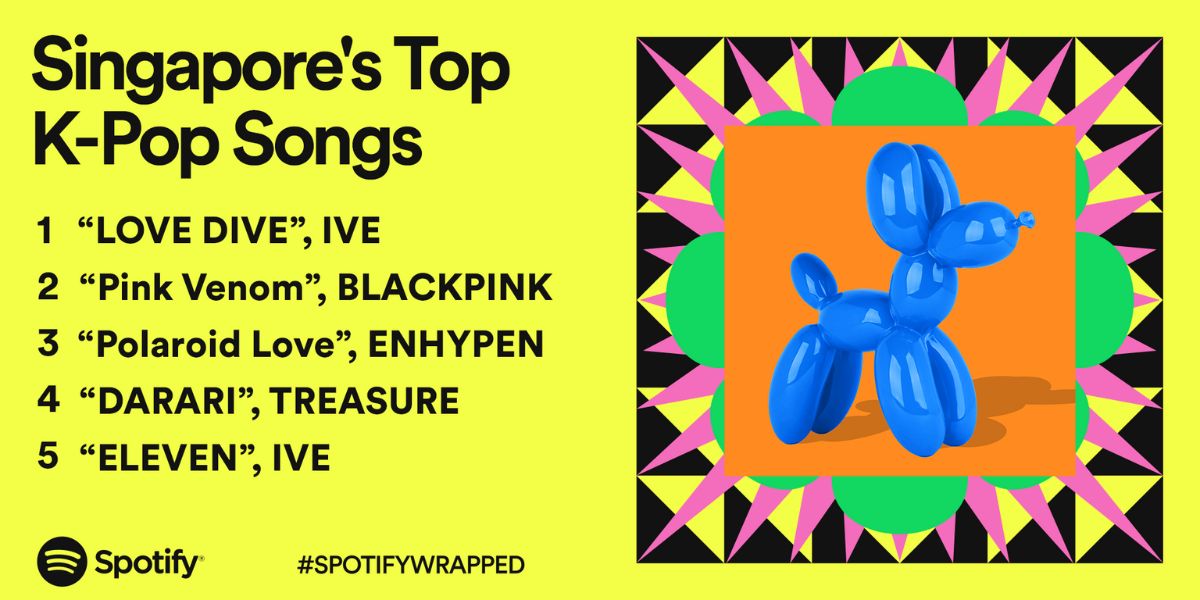 Rookie girl group IVE is on a roll.

When it comes to the most-streamed K-pop tracks, ‘LOVE DIVE’ by IVE is on top followed by ‘Pink Venom’ by BLACKPINK, ‘Polaroid Love’ by ENHYPEN, ‘DARARI’ by TREASURE and ‘ELEVEN’, by IVE.
As K-culture continues to rise, check out these top K-celeb-approved face masks.