Congratulations to the cast and crew!

Make way for the king slash queen! The King’s Affection takes home the crown for Best Telenovela at the 50th International Emmy Awards. 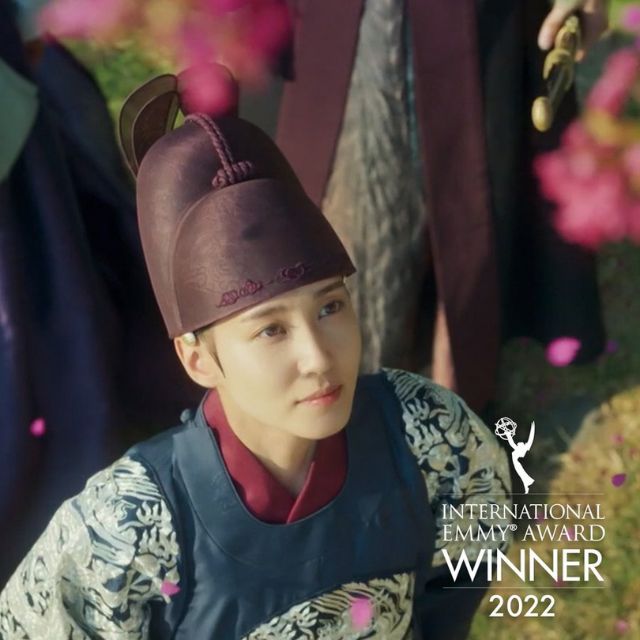 It’s the first-ever K-drama to accomplish this feat. (Photo from: @iemmys)

The ceremony took place in New York, and the historical K-drama beat out the other nominees such as Nos Tempos do Imperador from Brazil, Two Lives from Spain, and You Are My Hero from China.

The King’s Affection takes place during the Joseon Dynasty, with Park Eun Bin playing the lead role of Lee Hwi, a woman trying to hide her true identity while taking on the mantle of her late twin brother, the Crown Prince. Complications arise when she meets her royal tutor, Jung Ji-Un (played by SF9’s Rowoon), who was also her first love.

Aside from its win at the Emmys, The King’s Affection has also bagged several awards such as the International Competition Award at the 17th Seoul Drama Awards and the Best Actor Award at the 49th Korea Broadcasting Awards.

The head of KBS’ Drama Center Lee Geon Joon commented, “I’m so happy that The King’s Affection won the first-ever International Emmy as a Korean drama… I feel an immense sense of responsibility during this time when K-content is receiving so much love around the world. We will do our best so that KBS dramas can play a large role in maintaining the potential of Korean [entertainment] content.”

We also hope that this historic milestone will only be the first step that will launch more Asian dramas into the global scene.

Grab some popcorn and check out other titles starring the beloved actress Park Eun Bin.