3 Women On The Importance Of Speaking Up For The Planet

Sustainability. It’s a word that we often hear on social media and in real life. The call for ‘doing your part for the planet’ has been rightfully becoming louder all over the world, with both individuals and small to large corporations doing their part for the cause.

However, despite the attention sustainability is getting, a lot of people still remain sceptical about the urgency to take action.

Despite this, there are people who untiringly use their voices to advocate for the welfare of the environment. For this feature, we talked to three Storytellers For Sustainability about living sustainably and encouraging people to not just join in the conversation but contribute to the cause . 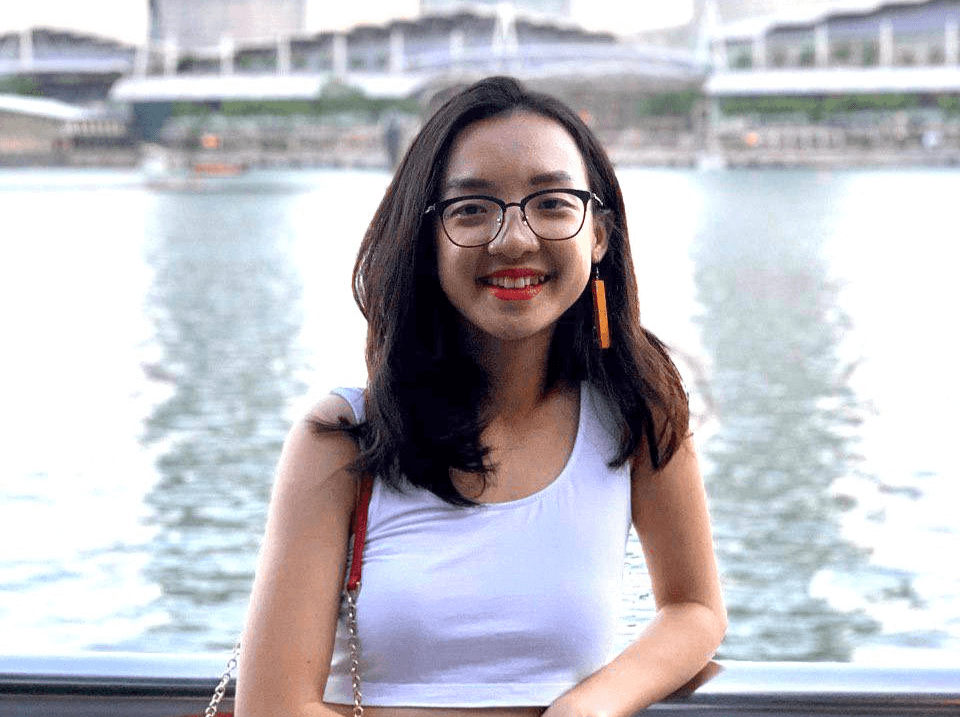 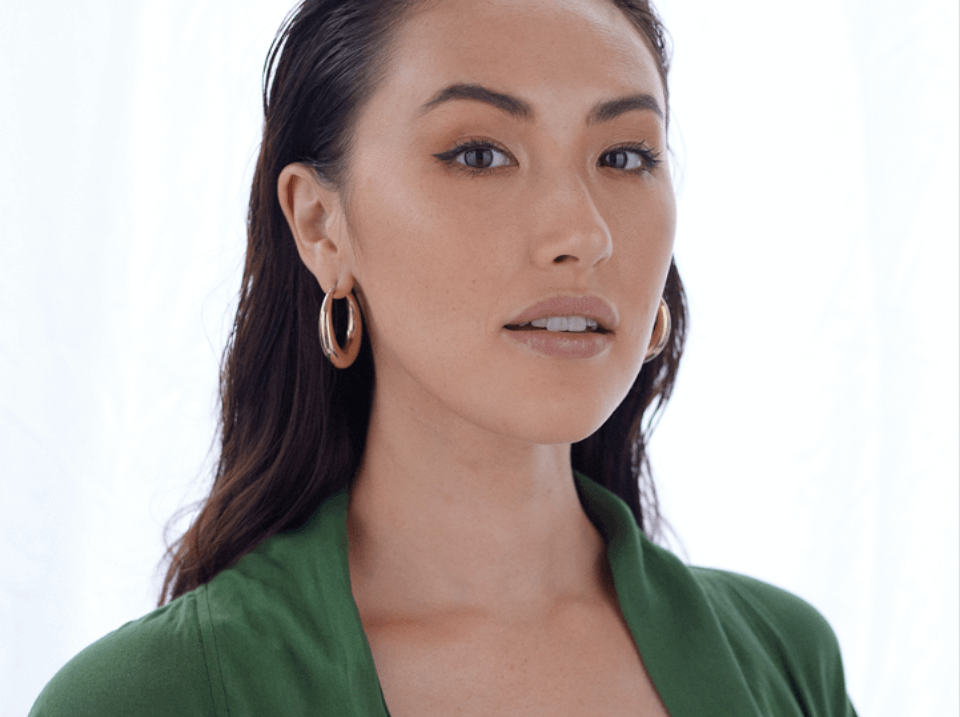 Left to right - Woo Qiyun, Charlotte Mei, and Yumika Hoskin share their perspectives on being storytellers for sustainability.

Woo Qiyun of The Weird and Wild is a digital content creator who raises awareness about sustainability and other environment-related initiatives through her social media platforms.

Charlotte Mei is a nutritionist and host, who is known for strongly advocating for sustainable living and eating in Singapore through her website.

Model Yumika Hoskin completes our roster. Apart from being a known sustainability advocate, she also founded PecoBag, which produces reusable bags made out of recycled plastic bottles.

What sustainability means for these storytellers

When we think of sustainability, our mind immediately goes to ‘making greener choices or using reusable materials’ which, in principle, are the easiest ways to tangibly define the word. However, our storytellers share that there’s more to it than what meets the eye.

Qiyun elaborated: "Be it inequality, racism, inaccessibility, climate change is merely an accelerator and amplifier of these existing struggle points in our society."

"A greener future should be one that’s also fair, equal, and empowering for everyone."

For Yumika, sustainability means survival. She shared that being half-Japanese, she was used to reusable lunch boxes prepared by her mum and going grocery shopping using reusable bags. And because she was raised in Australia, she was used to seeing nature at its finest. This kind of environment was something that truly left an impression on her.

It was when she started modelling around Asia that she realised that there was an “abundant use of plastic straws, plastic cups, cutlery, polystyrene containers and plastic bags” in the area. Single-use plastic consumption really struck a nerve with her when she moved to Singapore. That’s when she decided to use her platform to speak up.

Sustainability also intersects with other issues like inequality, racism, and inaccessibility more than we think.

“I am usually an enthusiastic, happy person but when it comes to the severity of why sustainability through all sectors is imperative, there is no other tone to put it in. We are destroying our resources on this planet that sustain mankind to live. We need food, water, air and land to survive,” she noted.

Meanwhile, Charlotte shared that people sometimes only look at the issue on a surface level.

On her TedX talk, Charlotte said that even finding out how long our food has travelled from where it’s harvested to its waiting time in the supermarket to the moment we pick it up has sustainability and nutrient-related implications. In simple terms, the longer a food travels — consuming gas and increasing the process’ carbon footprint — the more it’s subject to “post-harvest nutrient loss” a.k.a. fewer nutrients we can consume.

Sustainability isn’t just something that affects us in a way that’s too obvious, sometimes, it affects us on the most minute level without us realising it.

Yumika also added: “Air clouded with chemicals and grey skies; water so polluted with plastic and rubbish that no life exists underwater anymore; food scarcity from infertile and damaged lands dead from pesticides — we are in a reality where more than 99% of the four billion species that have evolved on Earth are now gone. If scientists whose life’s research tell us that we are going through a mass extinction and a climate crisis, why are we ignoring them? It is a grim, dark and heartbreaking future if we continue this way, which is why action has to be taken NOW. Not at the last minute.”

Time is ticking: truth or exaggeration?

Remember the Disney-Pixar movie Wall-E where the earth’s population is forced to leave the planet since humans polluted it so much that the air and the atmosphere became too toxic to breathe in? While we’re not really at that point yet, it’s a possible near-future reality.

The earth is currently one degree Celsius warmer than in the 20th century. As a result, we have melting ice caps, heat waves, and climate change. If we don’t take action now, the earth’s temperature has the possibility to increase by another degree by 2050. This is projected to result in increased heavy flooding, the loss of the Arctic for good, and animals losing their habitats due to the change of environmental conditions, causing the displacement and potential extinction of many flora and fauna.

Even so, there are still those who dismiss the urgency brought by the call to live sustainably.

“I always go back to science as there is no denying evidence,” said Charlotte.

Anything that endangers our resources also endangers our way of living no matter how technologically advanced we become as species. These changes in environmental conditions also affect us directly through illnesses caused by factors that our bodies are not attuned to. And unfortunately, we will also be the cause of our own demise if we refuse to take action or continue to be complacent.

On this, Qiyun said, “I think [people think this way] because taking action comes with hurdles. Achieving sustainable outcomes requires shifts in our beliefs, infrastructure, and habits.” However, Qiyun also believes that “humans are adaptable beings” and “the science is clear.”

Shifting our lifestyle choices can be challenging, but if we don’t take action now, then when?

One of the major commentaries about sustainability is its tendency to be ‘elitist’ with the notion that it’s a lifestyle that’s hard to maintain. There’s also the idea that sustainable products or practices are a lot more expensive and require one to invest in tools or ‘Instagram-worthy’ jars and shelves. But is it really the case?

Yumika sympathised with the concern. “I understand this view for sure because sustainable products are more expensive. It is expensive to manufacture sustainable products. There are so many stores that sell them as almost a ‘bougie’ luxury item because the minimalist aesthetic is popular.”

However, she said that true sustainability isn’t really about subscribing to these ideas and instead considering that there are other, more accessible means to practice a sustainable lifestyle.

"Being sustainable doesn’t mean you need to replace everything in your household. In fact, you most likely have a lot already in your cupboards that you need to get started."

“Do you own a transportable mug you can ask your local cafe to put your takeaway coffee in? Yes. Do you own cutlery? Bring it to work with you. Do you have a bag you can use instead of accepting single-use plastic bags at the supermarket? I think you do.”

Charlotte also advised looking at sustainability from a different perspective. “It’s elitist if we’re not considering the situations of others. At the core of sustainability is the idea of using as little resources as possible, so future generations are not compromised.”

Qiyun also said that people often think that sustainability immediately needs to have grand effects, thus people’s perception of the movement. However, she says it can be as easy as practising it at your own pace or even sharing art that talks about it, similar to what she does.

“Quantitatively, [these small actions] might not cause an immediate or huge change to our problem,” she said. “But taking action does shape your beliefs, and how you and also those around you lead their lives.” 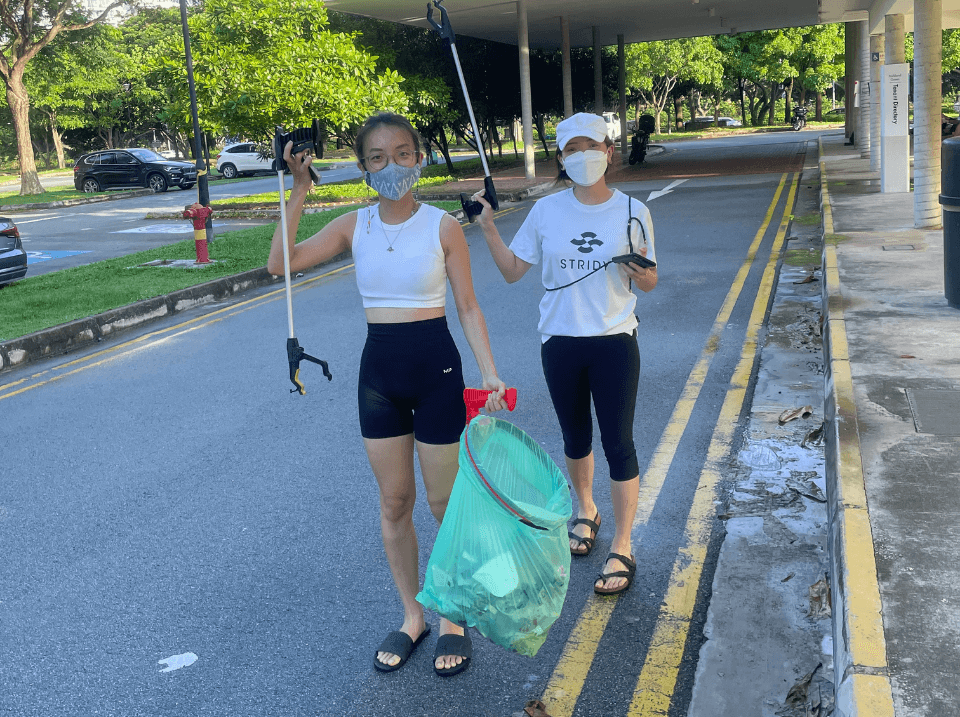 Small ways of practising sustainability can make a huge difference according to Yumika, Qiyun, and Charlotte.

Transforming the conversation to action

Charlotte said that “actionable steps are different for everyone” and therefore one can only talk about it and practice it in their own lifestyle in the hopes of encouraging others to follow suit.

“I don't believe in preaching or telling people what to do, but instead lead by action. Monkey see, monkey do. Over time, someone may naturally pick up a thing or two,” she explained.

Yumika shared that she still “slips up sometimes” when it comes to making sustainable choices, which adds to her #ecoanxiety.

“I have to try to avoid being too harsh on myself and beating myself up about it,” she said. On the positive side, she added, “[However,] it’s incredible when you make small steps and help encourage others too. I am still trying to change my fiance’s habits little by little and it’s not easy when someone is set in their ways. But one day, I saw he collected all the coffee grinds and vegetable scraps in a bowl waiting for me to compost.”

Yumika insisted that a “fear-mongering tone” is not her method and helping people understand and see sustainability in a more positive, uplifting light is a great way to start.

“It’s not about going 100% extremist straight away.”

Talking about sustainability within your own household and circle is a start.

Meanwhile, Qiyun also admitted that speaking up about sustainability does come with its own challenges.

“I think I’m aware of the limits of my social media education work. I can help individuals be more aware but I cannot promise action,” she said, taking into consideration that her advocacy work is mostly on social media. However, she continued, “What I aim to do, however, is to facilitate action, by providing tips that can be implementable and to socialise some of these practices that I or other people do daily.”

Charlotte said, in times of wavering, we simply have to remind ourselves:

We live on this planet that has given so much to us, and we ought to exercise responsibility in taking care of our home.

"If you think you won’t be around to notice the negative effects of the climate crisis, your loved ones will."

Next, read what three fashionistas have to say about "dressing with a purpose" here.

More On This Topic
SustainabilityInterview

Cassandra Yip-Lee On The Importance Of Environmental Education

Style It Forward: 3 Fashionistas On Dressing With A Purpose

PSA: ‘Trashion’ Isn’t A Trend. These Experts Tell Us Why

A Former Shopaholic On Becoming A Sustainable Fashion Advocate