Here’s Where You Can Catch The ENHYPEN ‘Manifesto’ World Tour

It will be their first world tour

ENHYPEN is going on its first world tour, ‘Manifesto’! Only two years after its debut in November 2020, the seven-member K-pop boyband is set to perform live and meet fans in different locations across Asia and the United States.

The announcement of the group’s first world tour came just a few days after ENHYPEN made a comeback on 4 July with its third Mini Album MANIFESTO: DAY 1, which already sold over a million copies.

Keep reading to find out about the dates, locations and tickets. 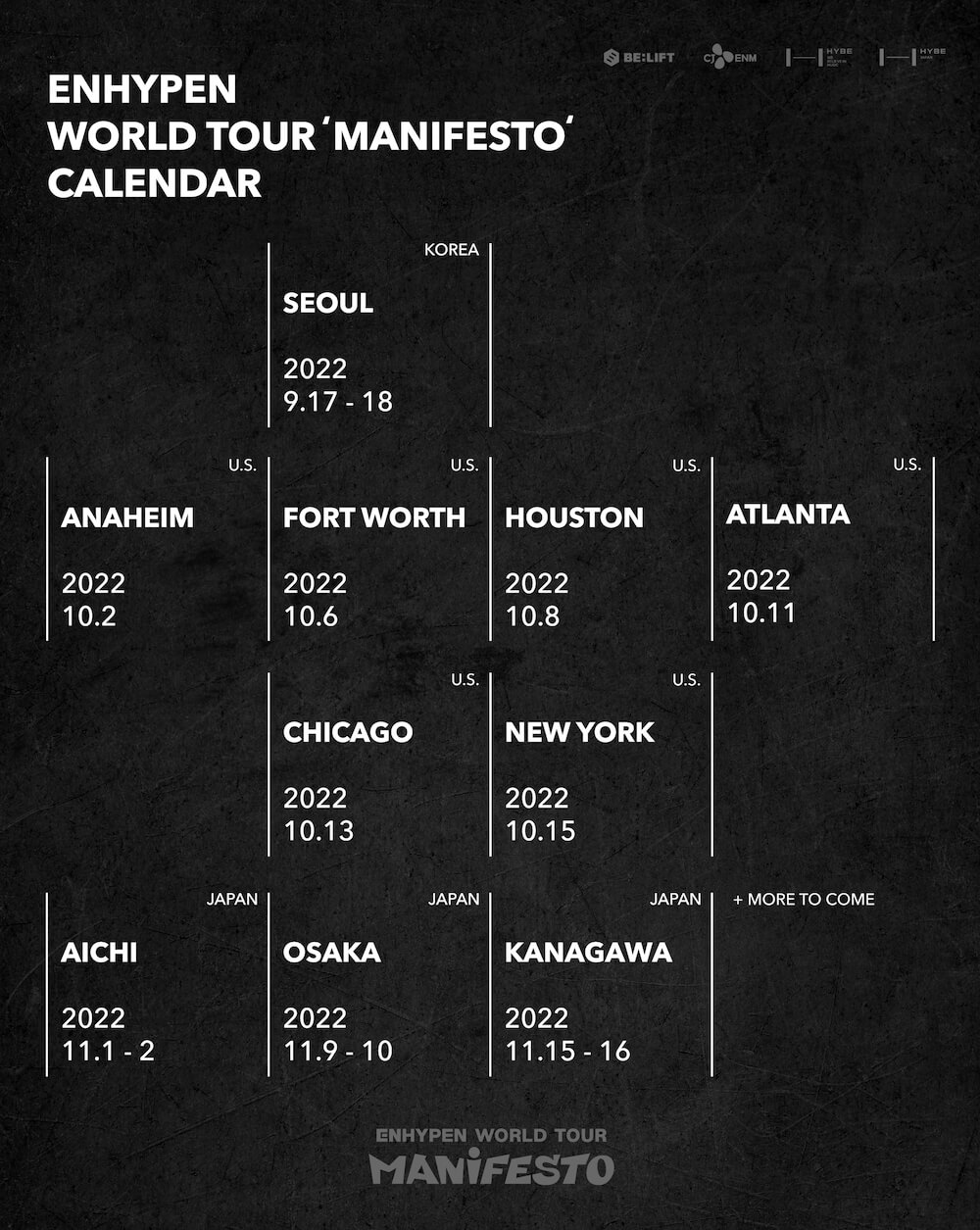 Catch the ‘Manifesto’ world tour at these locations.

The ‘Manifesto’ tour will kick off with a back-to-back concert in Seoul on 17-18 September. It will then be followed by performances at six American cities: Anaheim, California (2 October), Fort Worth, Texas (6 October), Houston, Texas (8 October), Atlanta, Georgia (11 October), Chicago, Illinois (13 October), and New York City, New York (15 October).

This article will be updated with ticket prices and availability as more information becomes available.

Next, check out the details on the 2022 comeback of BLACKPINK.

More On This Topic
NewsEntertainment