We Watched "The Devil Wears Prada" After 10 Years, Here's What We Think About It Now 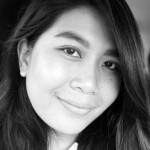 Just like revisiting old memories and places, some things stay the same but some things are radically different from how we remembered them to be. The same goes for movies we've enjoyed as teens or younger. Devil Wears Prada is not just a cult classic among people who love fashion but also a cultural emblem for our generation. With scathing one-liners to cringe-inducing monologues, the movie is a must-watch for any and everyone. We enjoyed it when we were younger. But what do we think of it now as adults?

I decided I'd work in the publishing industry long before I watched Andy Sachs land her gig at elias-clark Publications. And, much like Andy, my sights were set on the more “serious” side of journalism. I mean, do I really want to talk about shoes and clothes and makeup when I could do investigative stories on how and why schools in far-flung areas of the Philippines have little to no funding, get a closer look at the inhumane conditions of our penitentiary and more?

But, just like Andy, I found myself in the world of fashion (beauty and lifestyle) journalism. Also, just like her, some of the pre-conceived notions I had about the industry were quashed. The industry I am in is home to many of the most talented and intelligent people you will come across. And, yes, you can want a Kate Spade bag and have a genuine care for other people at the same time.


Looking past the parallelisms between me and the character, I see Andy, Miranda and the Devil Wears Prada now as a film about facing the world head-on with the cards you've been dealt with. It's about being open to whatever lesson your experiences carry. It's also about the fact that people can be moulded by their experiences and that change can be good.

And while Andy's boyfriend and friends were disappointed with how she was turning into a version of herself he didn't like because of her work, I really do believe that the character grew to become more open and confident about herself, which truly is never a bad thing. There may have been time management and prioritising issues — being more prepared for what the job entailed would have also helped — but nothing that warranted stopping at the tracks while she was on full throttle towards levelling up in her career and growing as a person. It also sends a lesson about following your dreams despite what other people say and to seek the company of people who believe in you and your aspirations.

Ever since I was young, I’ve always wanted to be a writer. And when I watched The Devil Wears Prada for the first time back then, it made me feel both scared and fascinated with my potential future career. It played off — and maybe even contributed — to the stereotypes surrounding the fashion industry. Needless to say, when I initially got my job at Clozette, I had this movie echoing at the back of my head as I braced myself for what a career in this industry will mean for someone like me who is very much in touch with my own convictions.

Watching this again after a few years has given me new perspective on things. I was able to find this movie less intimidating and more endearing. Firstly, I’m glad that the industry I am working in now has evolved from what was being portrayed onscreen. It’s much rawer, real and multi-dimensional. Second, I found that the changes Andy went through as Miranda’s assistant — both fashion-wise and personality-wise — signifies that at the end of the day, who we are and what we choose to be still lie in our own hands. The only thing I disliked about the entire movie is Andy’s boyfriend, Nate. I didn’t like how there was an implied indication of them getting back together in the end because he wasn’t a supportive character since the beginning and he never really showed any growth throughout the movie.

As an adult, I think this movie holds its status as a favourite because of its message: upgrading to a better version of yourself while still upholding your values is possible — and sometimes, you need someone or something (in the movie’s case, Miranda’s iron woman facade and the work environment in Runway) challenging to make you realise and overcome it.

It took me a decade to fully appreciate Devil Wears Prada on a personal level. Sure, I've read the book and watched the film repeatedly to the point that I can recite every line but back then it was out of fascination for the fashion world (as portrayed in the movie, at least) and not for the movie's underlying message. All that changed when I got my first job. Joining the labour force really put me in Andy's shoes. I may not have been sent to secure an unpublished Harry Potter manuscript, but the tasks I had to put up with were just as exhausting. Add in the tricky office politics and I quickly realised how easy it is to resent the Mirandas of the world.

I believe that it is from this perspective that the best-selling book was written. An unfiltered, completely biased perspective of the fresh graduate protagonist. And while that's certainly entertaining and a powerful storytelling device, the movie gave Miranda more character.

Onscreen, played by veteran actress Meryl Streep, she was no longer the vile monster boss but rather someone who is a respected figure in the fashion industry with a deep regard for her work. Upon rewatching it for the nth time, I begin to notice how flawed Andy was. Consider this scene where Miranda interviews Andy. Back then, I thought that Miranda's "interrogation" was unfair on Andy's part because she's smart anyway, who cares if she dresses badly for a fashion-related job. Why not give her a chance? Why are you so shallow, Miranda? Duh.

But now, I just cringe at Andy's confession that she was just applying at Runway simply because she didn't get any callbacks from her preferred job listings. Not to mention that prior to the interview she didn't do any research on the company she's applying for. Wow, that takes guts. And I don't mean that as a compliment.

The more I watch this movie, the less I sympathise with Andy. Her incompetency just becomes more and more apparent each time. Ultimately, it also holds a mirror up to our own outlook and attitude towards hurdles in the workplace. Yes, things can be tiring, bosses can be condescending but it's never an excuse to display nasty attitude and unprofessionalism.

More On This Topic
The Devil Wears PradaMovie Review

Review: The 'House Of The Dragon' Reminds Us Of What We Loved About 'Game Of Thrones'

Is BLACKPINK’s Comeback Album ‘BORN PINK’ Really Worth The Hype?

‘F4 Thailand’ Review: When A Story Gets One Too Many Versions