The weekend’s almost here, but before you log off for some much-deserved “me-time”, here’s your quick lowdown on the latest news in fashion, beauty and entertainment. We have details on Kenzo’s new Artistic Director, Rihanna’s latest campaign for RIMOWA, and more. All these in this week’s Insider Roundup.

Japanese designer Nigo has been appointed by LVMH Fashion Group as the Artistic Director of Maison Kenzo. He will officially step into his new role on 20 September and is expected to unveil his first men’s and women’s collection for the brand during Paris Fashion Week in January, according to an exclusive report by WWD.
Last August, the streetwear guru partnered with Louis Vuitton alongside Virgil Abloh to create a capsule collection titled LV Squared. Nigo is also the founder of A Bathing Ape (BAPE) and Human Made (a favourite of BTS’s J-Hope). He also co-founded two other streetwear brands Billionaire Boys Club and Ice Cream with American rapper Pharrell Williams. 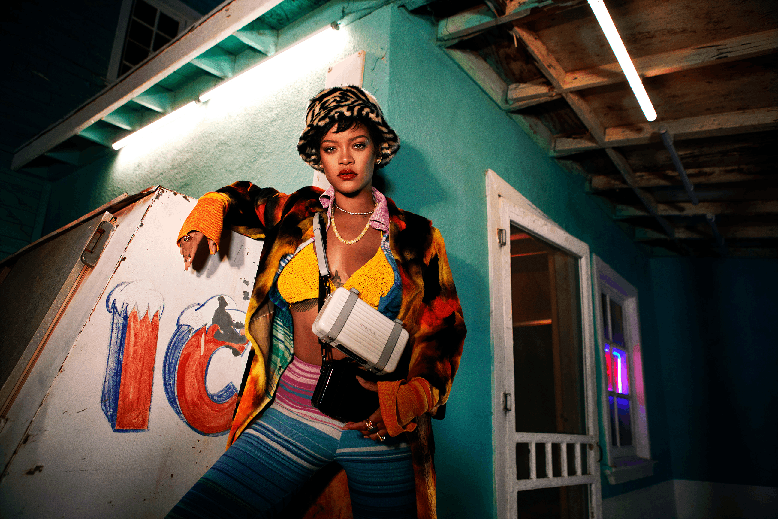 Singer and Fenty Beauty founder Rihanna, basketball superstar LeBron James, renowned tennis player Roger Federer and multidisciplinary artist Patti Smith are the faces of RIMOWA’s latest Never Still campaign. The cinematic campaign aims to provide an intimate look at what travel has historically meant to each of the celebrities and how they’re now redefining it. The RIMOWA Never Still collection was launched in 2020 and features a range of bags that are designed for daily use, such as a messenger bag, backpack and crossbody flap bag.

Starring Kim Go-Eun (Goblin/Guardian, The King: Eternal Monarch) and Ahn Bo-Hyun (Itaewon Class), the K-series follows the story of an ordinary office worker named Yumi who’s too shy to express herself, until she tries to learn more about herself and eventually finds the love of her life.
Yumi’s Cells is adapted from its popular namesake webtoon, which has amassed over 3.1 billion views. It will stream exclusively on iQiyi International app or iQ.com from 17 September at 10.50PM (GMT+8) on Fridays and Saturdays. Look out for GOT7’s Jin-Young, who plays Yumi’s second boyfriend Ba-Bi and SHINee’s Min-Ho, who will play a cameo role as Yumi’s wonderful and warm junior in the office in the series.

The 'Felix the Graduate' collection by Levi's will be available in Singapore and Malaysia from 23 September.

Leading jeanswear company Levi’s has introduced a new collegiate-inspired collection that stars children’s comedy cartoon character Felix the Cat, and it’s set to arrive in selected Levi’s stores in Singapore and Malaysia from 23 September. Titled Felix the Graduate, the collection puts a contemporary spin on classic collegiate and varsity-style apparel, such as sweaters, hoodies and rugby shirts. The collection includes a selection of apparel and accessories for men and women. Items are priced between ~USD30.13 for a Reversible Web Belt and ~USD105.64 for a pair of Pleated Pants.

The AHC Essential Eye Cream for Face retails for ~USD27.94.

South Korean skincare brand AHC, which counts celebrities such as Krystal Jung and Aimee Song among its fans, has unveiled its new Essential Eye Cream for Face. The concentrated eye cream is formulated with anti-ageing ingredients and is designed to be used on the entire face. It contains 12 peptides, vitamins and amino acids to boost the skin’s resilience and has seven patented plant proteins to help firm up the skin.
The product retails for SGD37 and is now available in Singapore via Shopee, and will launch on Lazada Singapore from November. The product is scheduled to launch in Malaysia and the Philippines as well.

British tennis player Emma Raducanu is set to become fashion’s new favourite face, following her win at the 2021 US Open Tennis Championships on 12 September. The 18-year-old grand slam champion made her red carpet debut at the high-profile Met Gala 2021 in a monochrome ensemble from CHANEL and is also rumoured to be in talks with Tiffany & Co after she was spotted wearing the fine jewellery brand’s pieces during the tennis match. Emma also made tennis history for being the first British woman to win a singles grand slam since Virginia Wade in 1977.

Black is the new black in kitchen design, according to domestic appliances manufacturer Bosch. Now available exclusively at Bosch Kitchen Dealers in Singapore, the Bosch Black Collection is the manufacturer's first full kitchen suite in black, and it includes cooker hoods, gas and induction hobs, ovens, dishwashers, and freezer-fridges. With its seamless, sleek details and refined design, this all-black suite is an unintentional (yet timely) match for Kim Kardashian’s viral Met Gala look, don’t you think?
Want to have this in your kitchen? Bosch is giving away a Bosch Black Collection (worth up to SGD7,699 purchase rebate) kitchen bundle to one lucky homeowner in Singapore. To enter the giveaway, customers are to follow these steps: purchase a Bosch Black Collection kitchen bundle from Bosch Kitchen Dealers, fill in this Google Form, post a photo of Instagram of your kitchen with the collection, and tag @boschhomesg and include the hashtag #boschblackcollection.
(Cover photos from: @kenzo, RIMOWA and Levi’s Singapore)