Should You Watch ‘House Of Dragon’, The ‘Game Of Thrones’ Prequel?

What you should know about the upcoming HBO series

All eyes are on House Of The Dragon. As soon as its first trailer dropped, many have been curious about the cast, plot and the release date of this Game Of Thrones prequel. Some are on the verge of deciding whether or not this upcoming show is still worth a watch after the last season of the original series was critically panned and left many of its fans disappointed. As one comment on the House Of The Dragon trailer puts it, “It's hard to be excited for the prequel of a show that ended so horribly, this new show has big shoes to fill.”

So should you give House Of The Dragon a chance? There’s reason to believe that you should. This new series that’s co-created by writer George R. R. Martin and Ryan Condal is a fresh take on the fantasy universe and it’s looking promising. Ahead, your guide to the House Of The Dragon cast, characters and plot plus its release date and more.

What’s it about: House Of The Dragon characters and plot

House Of The Dragon characters and plot are primarily based on George R. R. Martin’s book Fire & Blood which was published in 2018. The events in this prequel take place hundreds of years before Game Of Thrones. It was a time when House Targaryen was still the unchallenged ruler of Westeros. In House Of The Dragon, we’ll find out about the civil war that paved the way to the decimation of dragons.

Like Game Of Thrones, the story centres on a conflict between nobles who are vying for the iron throne. It involves a large cast of vibrant characters with different motives and shifting allegiances. So yes, there will be plenty of good old backstabbing (sometimes literally), political machinations, and of course, fire and blood — after all, this is a time in the fictional universe when dragons were still aplenty.

Based on the book Fire & Blood, we can expect the two main opposing players in the House Of Dragon to be Princess Rhaenyra Targaryen (Emma D’Arcy) and her stepmother Queen Alicent Hightower (Olivia Cooke), also identified as the black and green factions. 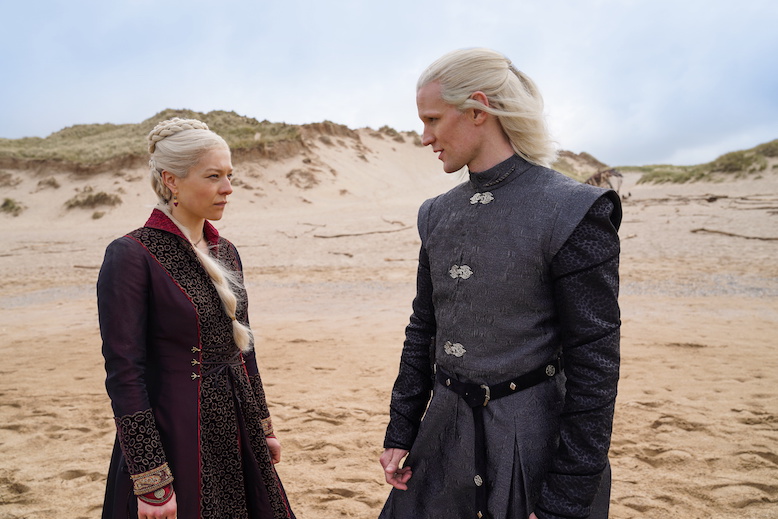 After King Viserys I Targaryen died, his first-born and only living child from his first marriage, Princess Rhaenyra Targaryen — the official designated heir to the kingdom — was supposed to inherit the iron throne. However, Queen Alicent Hightower plots to instal her own son Aegon II Targaryen instead and quickly rallies for support against her stepdaughter’s claim. From there, the seeds of conflict grew into a full-blown civil war between houses and monarchs that led to the near-downfall of a dynasty.

Who’s gonna play who: House Of The Dragon cast

The House Of The Dragon cast features a mix of fresh faces and veteran actors. You’ll encounter familiar names whom you may have already seen in other hit shows and meet new-blood talents that could be the next rising stars. Who knows, there might be a new breakout actor like Emilia Clarke in Game Of Thrones?

Get to know some of the main cast of House Of The Dragon.

Before landing this role, award-winning actress Olivia Cooke has already starred in many movies including Me and Earl and the Dying Girl and Ready Player One. With her superb acting chops and fierce facial features, she looks like the perfect pick to play the cunning Alicent Hightower who is said to be “the most comely woman” in the kingdom.

Theatre actress Emma D’Arcy is set to star on the small screen as the headstrong Princess Rhaenyra Targaryen who has no plans to surrender her birthright without a fight. We’re excited to see her ride some dragons on her way to the iron throne.

Musician and actor Paddy Considine is the chosen one to play Viserys Targaryen, the amiable king who loves a good time. During the reign of this fun-loving monarch, the kingdom became peaceful and prosperous. However, upon his death, civil war broke out between members of his family.

He charmed us as the Eleventh Doctor in Doctor Who and Prince Philip in The Crown. Now, actor Matt Smith is taking on a new role as Prince Daemon Targaryen, the younger brother of King Viserys Targaryen and the uncle-husband (yes, you read that right) of Princess Rhaenyra Targaryen. The prince is said to be a dashing warrior and an experienced dragonrider who is ready to fight for his niece-wife’s claim to the iron throne.

House Of The Dragon release date

Is your interest piqued? You’re gonna have to wait before catching the 10-episode first season. It’s reported to already be in production but had to take pauses in between due to COVID-19 infections in the set. However, one thing’s for sure: we can expect it to premiere sometime in 2022.
So, will you add House Of The Dragon to your must-watch list?
(Cover photo from: HBO GO)
Next, check out these new must-watch Netflix horror movies and series.