10 KBBQ Spots That Will Satisfy Your Mouthwatering Cravings

The art of barbecuing, or cooking over fire with roaring hot coals dates back to the very start of human existence and wherever you go in the world, you’ll find almost every culture and ethnicity with some form of barbecue to call their own.

For the love of all things balanced, we zero in on Korean barbecue (a.k.a. KBBQ), the perfect hodgepodge of refreshing salads, spicy kimchi and a myriad of zippy accoutrements — known as “banchan”—along with a dizzying array of marinated meats of varying cuts that no doubt hit the spot.

It didn’t take long for Korean pop culture to reach our shores, and along with it was the obsession with Korean food. The only difference is that Korean pop bands and dramas come and go, but the love for the cuisine always lingers.

Here are our top 10 Korean barbecue spots to visit here in Singapore. Expect nothing short of premium cuts of meat with a high focus on quality. 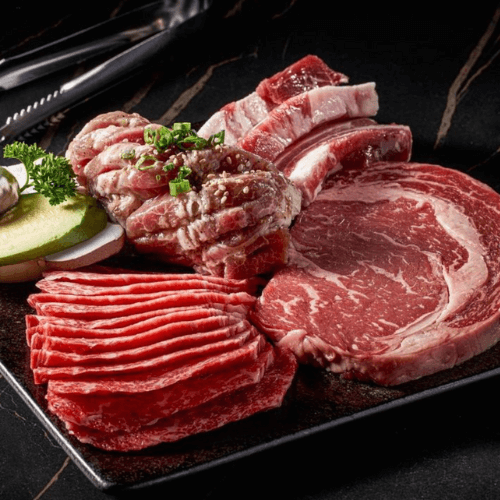 HANJIP Korean Grill House has been making waves as of late as one of the biggest Korean barbecue restaurants in Singapore but it’s not just the amount of diners they can accommodate that cuts above the rest. Their stellar lunch sets are value-for-money and diners can expect an extensive range of well-marbled aged Australian Wagyu, USDA Prime Beef, as well as Kurobuta Berkshire Pork in addition to other quality cuts. Have a get-together to plan? The restaurant offers as many as seven different curated-themed private dining rooms to elevate your dining experience. Supplement your meal with a selection of Korean side dishes. We hear their Spicy Chicken Feet is an authentic Korean treat that’s both unusual and utterly delicious. 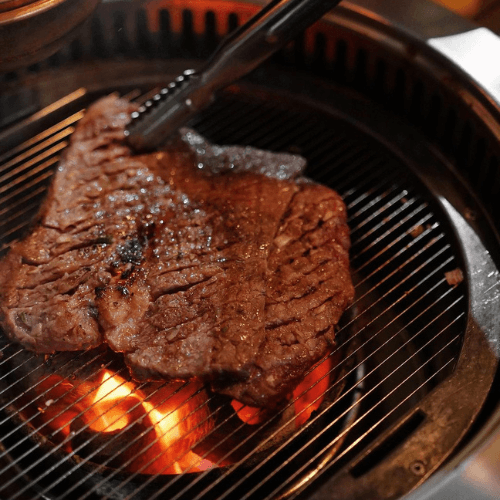 A longstanding favourite situated in the heart of the vibrant Tanjong Pagar stretch of Korean joints, Superstar K tends to attract the younger crowd due to their extended opening hours and the fact that they serve quality cuts at wallet-friendly prices. Granted, the interior of both outlets may look a tad unkempt (falling short compared to their more stylish and modern counterparts) but really it’s their food that does the talking for them. If you cannot afford to splurge, we highly recommend getting their Seasoned King Sized Beef Rib as well as their Kalbissal. If not, their Salted Pork Neck and regular Seasoned Beef Ribs will satisfy you just the same. 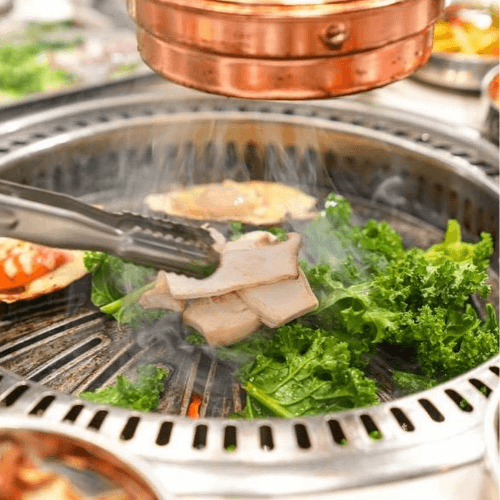 You know a Korean barbecue joint is a real deal when they opt for charcoal grills instead of the typical gas grills that are often preferred for their efficiency and convenience. That’s exactly what OMMA is — the real deal. And here’s where it gets cool: Diners get to choose between five different types of wood chips to further enhance the flavour and aroma of their meat — namely Applewood, Cherrywood, Jarrah, Pecan and Hickory. As far as their food goes, there's a whopping list of over 60 items on the menu but if you’re fickle just opt for any one of their set menus. 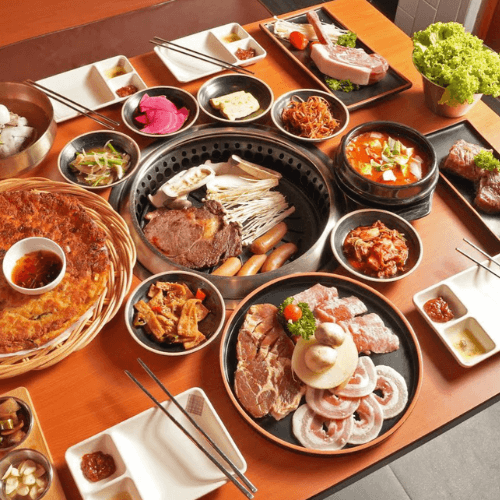 At longstanding Wang Dae Back, expect to be blown away by the sheer variety and quality of the meat available. Popular with well-heeled Singaporean diners and Korean expatriates alike, Wang Dae Bak — now boasting three outlets at Amoy Street, Cross Street and at Holland Village — offers a range of premium meats on communal platters. If it's just you and a plus one, they have couple platters as well. On top of that, they have a variety of dishes such as comforting Korean soups, an assortment of steamed pork, pancakes and more to go with your meal. There’s no need to worry about leaving reeking of meat and smoke either, which is always a good thing.

Despite being a restaurant chain in South Korea, Seorae gains its popularity for the very simple reason that they do things right and they never skimp on quality and service standards. Their ticket to fame is credited to a specific cut of meat for which Seorae is best known, the Korean galmaegisal (pork skirt). In the past, galmaegisal was reserved solely for royalty as every pig yields only about 250 grams of the particular cut. Known to be immensely tender with a clean yet robust flavour, it’s no wonder why galmaegisal is so highly sought after. Another key component that makes their food so tasty is their strict implementation of high-quality charcoal as opposed to run-of-the-mill charcoal or worse — gas grills. 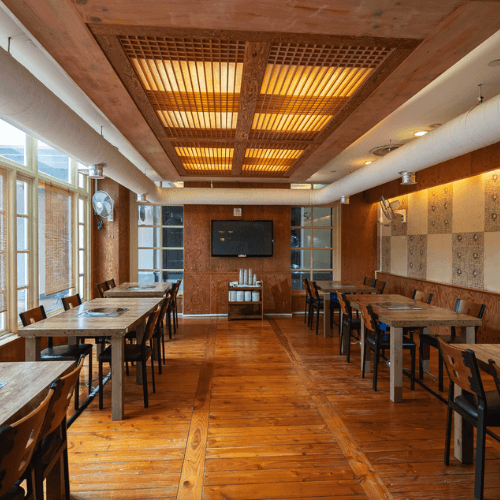 If you're looking to indulge In authentic Korean barbecue yet feast like royalty for under SGD50, Ju Shin Jung Korean Restaurant is the place to visit. Standing as one of the oldest Korean barbecue joints here in Singapore — way before the influx of Korean fever — here is where diners can enjoy unlimited servings of various cuts of beef, chicken and pork as well as a wide array of side dishes to whet your appetite and prime your palate for countless onslaughts of meat. Top-drawer service coupled with exceptional food offerings and unlimited servings of quality meat, if that doesn’t have you feeling like royalty we don’t know what will. 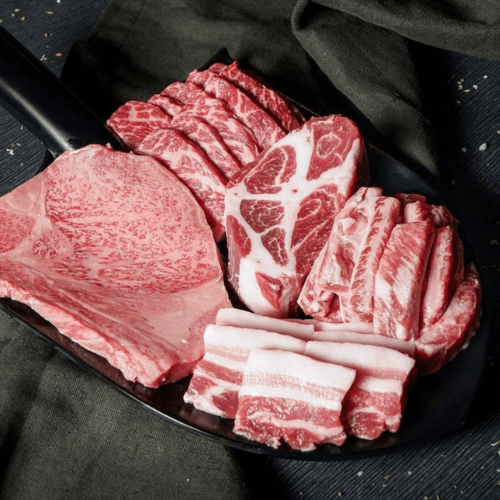 When it comes to barbecue, cooking food on actual coals always trumps gas or electric grills due to its ability to cook more intensely and impart a smoky flavour — which for us is by far the most crucial aspect of barbecue. And when it comes to Korean barbecue dining, it’s always a plus when servers assume the role of a cook as well so you don’t have to lift a single finger. Pujim BBQ is one such barbecue joint. Not only do they employ charcoal for their grills but they also hire wait staff who double up as cooks. What makes Pujim stand out is their premium pork cuts. Highlights include the crispy Duroc pork belly and pork collar, both remarkably tender and tasty as heck. But don’t just stop at pork, their other meat offerings are top-notch as well. 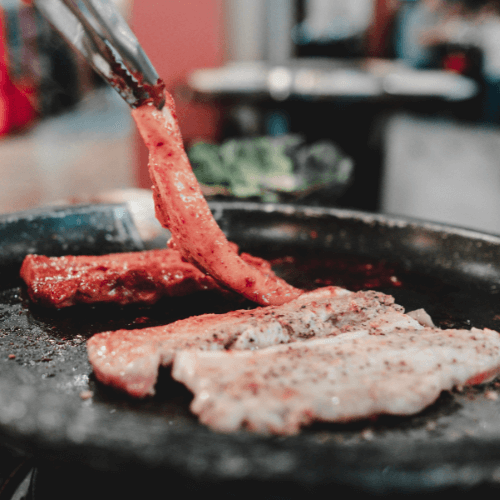 Situated at the tip of the Tanjong Pagar stretch of Korean eateries, Guiga is quite possibly one of the most popular spots for authentic Korean barbecue—try walking in and you’ll know what we’re talking about. If you’ve come with an appetite, gun straight for any one of their three set menus. Set A comes with a medley of four different beef cuts while Set B is an assortment of four pork cuts and Set C is a combination of both. For those who dare, you’ll be thrilled to know that Guiga is one of the few joints along the massive stretch that serve Gan Jan Ge Jang, a South Korean delicacy of raw crab marinated in soy sauce. For the uninitiated, we’ll let you be the judge. Although frankly speaking, it’s a must-order for us whenever we visit. 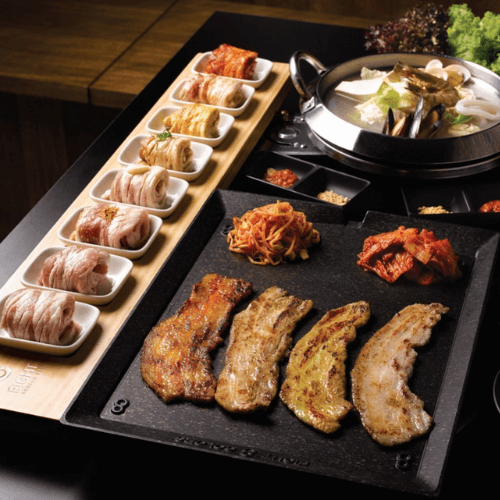 Beef aficionados looking for a quick fix can feast on 8 Korean BBQ’s tender selection of Argentinian grass-fed, USDA Prime and Japanese Wagyu beef, but despite how impressive their beef selections are, it’s their pork belly offerings that take centre stage. The name of their restaurant reflects their 8 Colours Set, a platter of eight different flavours of Mangalitza Pork Belly spanning an array of unusual marinades. Think Wine, Ginseng, Miso Paste and many more. 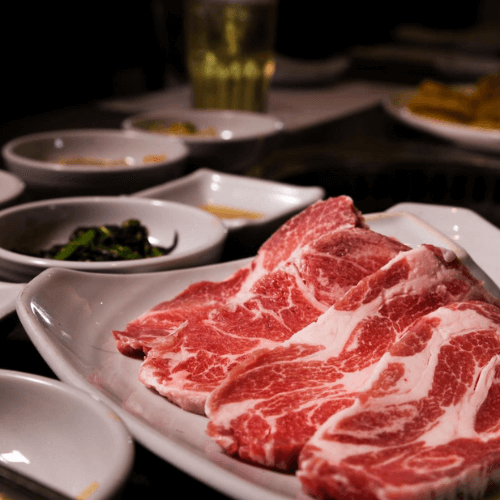 Set against the stunning backdrop of Dempsey Hill’s luscious leafy locale, Chang Korean Charcoal BBQ at Loewen Road punches above the rest. While a tad pricier than most, their carefully curated menu features a mix of traditional and modern foods that prove not only delicious but also healthy as well. Chang Korean BBQ has been remarked as one of the luxurious spots for authentic Korean barbecue which might sound ironic considering that Korean barbecue is often enjoyed by common folk, but step in and you’ll understand why. Everything they do is top-notch from the service rendered and the sheer variety of dishes available to the mastery behind each and every fine cut of meat.

(Photos from: Alvin Tan and @iris.nihao)

Craving for Japanese food instead? These food hubs are where you should head to next!