Go Ham At These 10 Michelin Restaurants Without Breaking The Bank

There’s more to life than just going through the grind of a typical nine-to-five each day without anything to look forward to. Understandably the whole ideology behind “treating yourself” might seem farfetched if you do it too often but for quality dining experiences, we say it's well worth it. If you ask us, you can’t put a price on a memorable culinary experience and we’re firm believers that everyone deserves to indulge every once in a while.

Whether you’re looking to celebrate an anniversary, a birthday or simply because you just feel like it, here are 10 Michelin-starred restaurants you can visit without feeling the pinch… much. 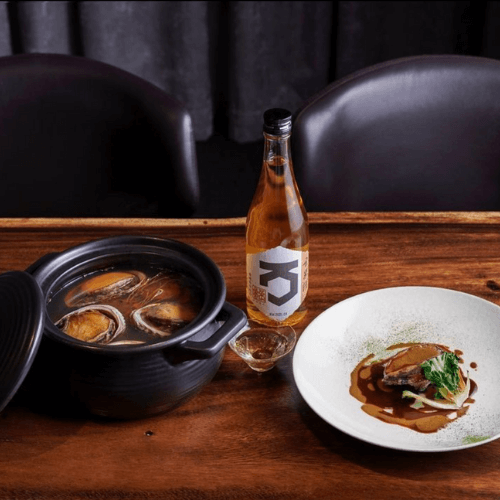 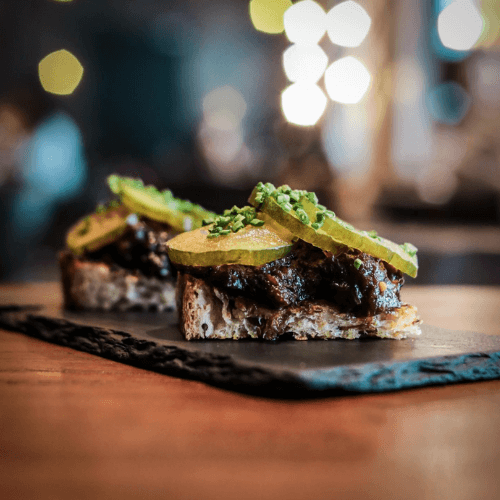 Never shy about the way it handles its meat, Burnt Ends stands as an institution of modern Australian casual dining and barbecue. The star of the gastronomic experience here is its meat, cooked over custom-made 4-tonne wood fire ovens that allow for temperatures of up to 1000 degrees celsius. Embark on a gastronomic journey beginning with a few solid one-biters such as its ever-popular Beef Marmalade and Pickles, White Pepper Chicken Necks as well as the crowd-pleasing Smoked Quail Egg and Caviar. Other highlights include a sublime and unbelievably tender dish of Grilled Garlic shoots and Gremolata, Leek with Hazelnut and Black Truffle, and let’s not forget its Pulled Pork Sanger. 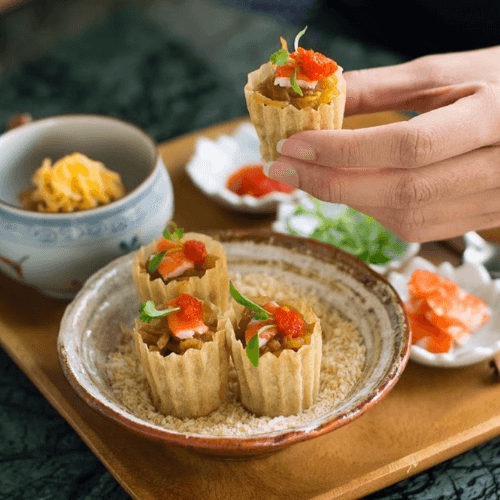 Chef Malcolm Lee pushes the envelope of home-style Nonya fare, designed for communal dining, at Candlenut, the first and only Michelin-starred Peranakan restaurant in the world. The food is a synthesis of his experiences and heritage: familiar Peranakan in foundation but sharpened with quality ingredients and eccentric presentation. This is evident in his Blue Swimmer Crab Curry, a delicate amalgamation of sweet crab, aromatics and spices, brought to life with the addition of coconut milk. Other notable mentions are the Itek Tim Soup, Buah Keluak Fried Rice and Snake River Kurobuta Pork Neck Satay. 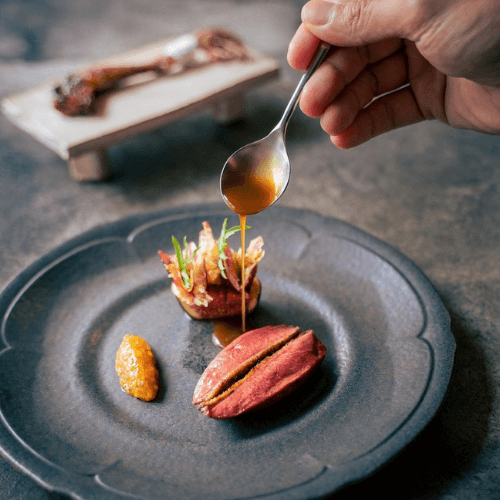 Helmed by Chef Rishi Naleendra, formerly of Michelin-awarded Cheek by Jowl (now rebranded to Cheek Bistro), Cloudstreet brings to the fore a progressive yet refined approach to modern gastronomy, harmonising disparate cultures and culinary influences, blending Sri Lankan heritage and Chef Rishi’s culinary prowess to showcase a powerhouse menu filled with innovative dishes and flavours that will no doubt impress. 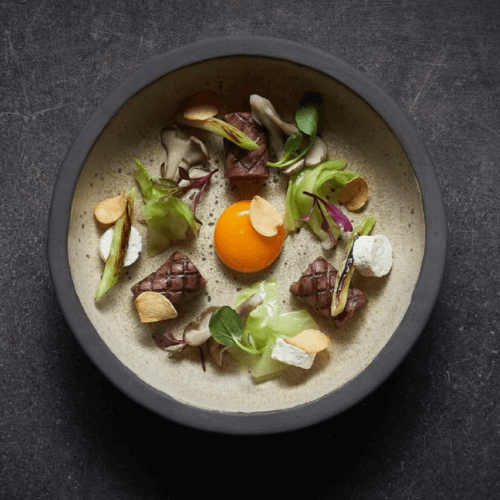 Surround yourself with lush flora and fauna at a botanical-centric fine dining restaurant nestled in the heart of the Singapore Botanic Gardens. Housed within a two-storey house, the setting is decidedly plush with lavish art and fancy decor all around. The good news is that the food measures up to its swanky appeal. The menu at Corner House centres around the concept of ‘gastro-botanica’, contemporary cuisine that shines a spotlight on both the proteins as well as the botanical elements on the plate. Since making its debut in the Singapore Michelin Guide, the restaurant has been awarded one Michelin star each year since 2016. It was also listed in Asia’s 50 Best Restaurants in 2016 and ranked 42nd in 2020. Set in a heritage shophouse along Mohamed Sultan Road, Esora is a kappo-style fine dining restaurant helmed by Head Chef Takeshi Araki and Chef de Cuisine Noboru Shimohigashi. “Kappo” which simply means “to cut and cook”, refers to a less formal way of dining that emphasises the close proximity between diner and chef. On the food front, Esora epitomises modern Japanese cuisine guided by an affinity with nature. Here, the chefs are storytellers and every course regales tales of nostalgia and seasonality.

When it was first announced in 2016 that Hill Street Tai Hwa Pork Noodles, a hawker stall tucked away beneath a residential block in Crawford Lane, had been awarded a Michelin Star, the world was stunned. But it didn’t take long for people to figure out why. Hailed for serving one of the best bowls of bak chor mee in Singapore, here is where you come to get your mind blown. Springy, tasty-beyond-belief noodles tossed in a flavourful ensemble of sambal, pork lard, Chinese plum vinegar and more, with a generous mound of minced and sliced pork, liver, pork balls and deliciously moreish wantons that just make your senses sing the second you bite into them. 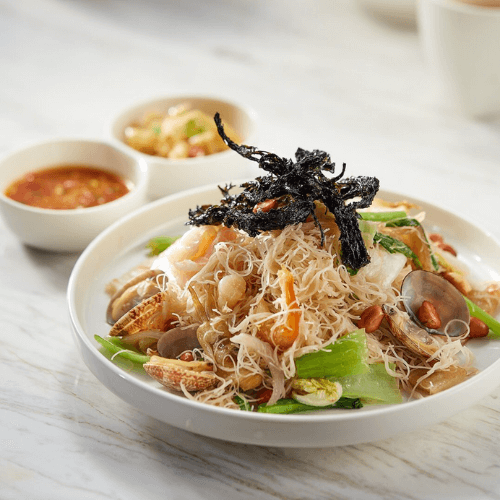 Having secured itself a Michelin star at its Kitchener Road outlet back in 2016 and almost every other year after that in 2017, 2018, 2019 and 2021, Putien is where you go for authentic, honest Fujian cuisine. The food’s stellar and embodies the Fujian philosophy of being light on the palate yet hearty, retaining the original flavours of each ingredient as much as possible. Dishes you absolutely must try include their garlicky Steamed Duotou Clam with Minced Garlic, Yellow Croaker in Chopped Chillies and Fried Heng Hwa Bee Hoon — this one’s a fan favourite! 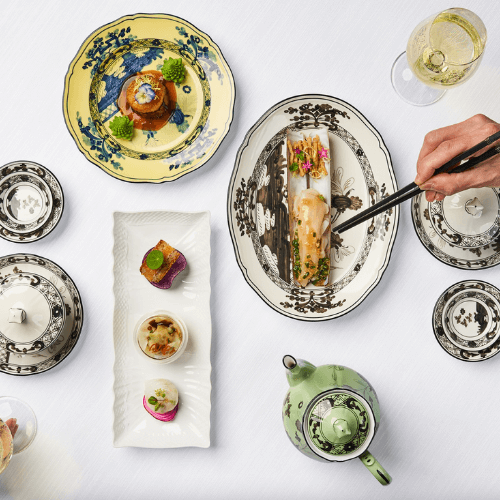 An institution for fine Cantonese food and earning itself a Michelin star for five consecutive years, Summer Pavilion at The Ritz-Carlton Singapore offers authentic Cantonese cuisine in a sophisticated setting filled with lush greenery to evoke a sense of summer. Peruse the menu and you’ll find your typical Cantonese, from lavish seafood dishes and roasted meat delights to double-boiled soups that’ll warm your soul. 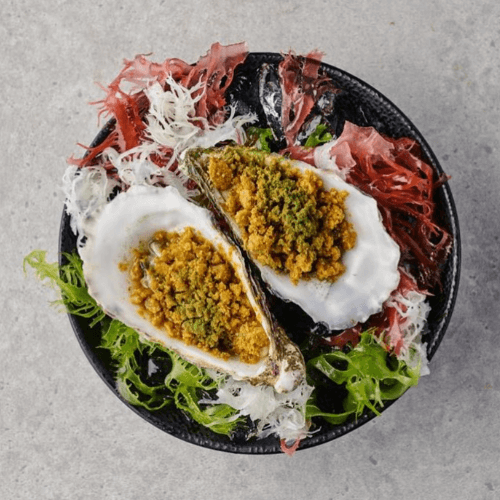 Nestled in the heart of the ever buzzy Keong Saik district, Thevar is a contemporary Indian restaurant that dishes out unique twists on traditional Indian fare, harnessing an interesting blend of spices to make each and every dish sing. Every dish here is a reflection of Chef-owner Mano Thevar's travels and childhood. Think comforting, familiar flavours but fashioned in ways that evoke curiosity and amazement. Compelling dishes include their Chettinad Chicken Roti, Tandoori Lamb Rack and Oyster & Rasam Granita.

Next, check out the 10 best izakaya restaurants in Singapore.