News of Lisa’s latest role for CELINE was revealed to the public on Instagram. The star was featured in a black-and-white photo that was taken by Slimane himself, and according to the post caption, it’s believed that she was photographed for the campaign during her trip to Nice, France in October.

In leading up to the announcement, CELINE also teased an Instagram photo of its Haute Parfumerie Voyage travel spray and indicated that the product was slated to launch in February 2022. The luxury house has also introduced eight new luxury candles. Six will be launched by this year, while the other two will be available in 2022. 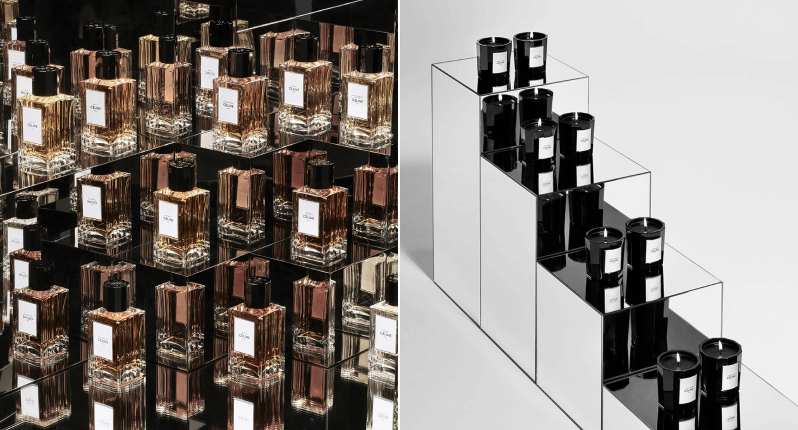 Both the candles and the travel spray are an extension of the CELINE Haute Parfumerie line, which now comprises 10 scents. CELINE released nine fragrances in 2019 and has since launched its 10th and latest scent this year, called Rimaud. The scent features two contrasting fragrance notes: lavender and iris, and follows the fragrance collection's powdery theme.

Speaking of which, we wonder: Which of them will be Lisa’s go-to scent? Guess we’ll have to await more details of the campaign to find out!

Rimaud is offered in two sizes: 100ML for SGD380 and 200ML for SGD560. The scents are available for purchase at the CELINE Marina Bay Sands store in Singapore.

(Cover photos from: celine.com and @celine)

You Can Now Get PHLUR’s Captivating Scents At Selfridges

Gucci Beauty Gives Us ‘A Reason To Love’

This New CELINE Fragrance Captures The Feeling Of Fashion Confidence