Expectations Vs. Reality: Was This K-drama Fan Impressed With South Korea?

From reel to real

Wander with wonder: Go on a virtual journey with us as we detail the experiences of individuals who finally set foot on the destination of their dreams. Discover how reality fared to their expectations.

Public relations professional Jen Suguitan first fell in love with K-dramas at a tender age of 14. The locally dubbed version of Jewel In The Palace, where a strong female protagonist challenging the norms commanded the screen in every scene, intrigued her as a young woman. Since then, she fell deep into the world of Hallyu culture, which led to her dream of visiting South Korea one day to partake in this world she has become fascinated by.

It wasn't until she started watching Lee Min-Ho and Jun Ji-Hyun’s hit drama Legend of the Blue Sea that she had a triggering urge to pay the country a visit. As fate would have it, an airfare sale happened a few days later. With 11 months to "prep", Jen studied basic Korean, made sure she was up-to-date with the weather, and even created a Pinterest board and a Spotify playlist of K-drama soundtracks to help her get "in the zone" of planning. In November 2018, with no task at work left pending, the trip finally happened.

There, she navigated the cities of Seoul, Jeonju and Busan over two weeks. Was her South Korea trip everything she had dreamed of?

Getting the local experience as inspired by K-dramas

Expectation:  "My dream itinerary was super jam-packed — I initially pictured it to be super loaded as I wanted to experience everything." 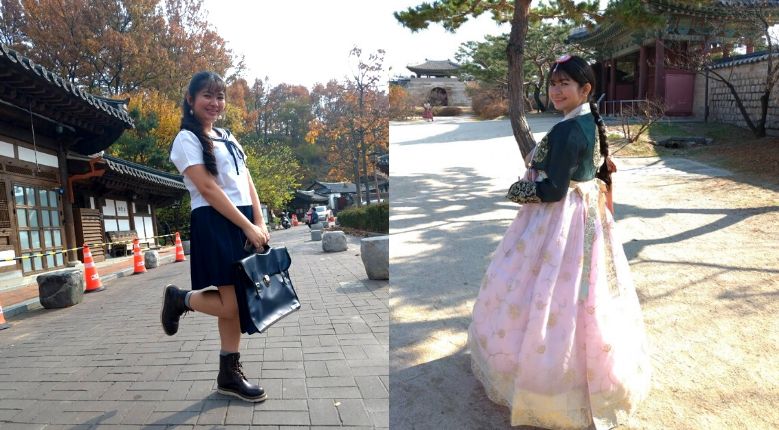 Left: Jen sporting a high school uniform inspired by Endless Love: Autumn In My Heart; Right: A trip to South Korea is never complete without renting a hanbok.

Reality: "...but 'life happened' — we actually ended up on a two-week trip with no itinerary. I’d literally wake up and ask myself, ‘What do we want to do today?’. But because I had no itinerary to follow, I had more time to feel and live like a local. The first on my 'must-dos' that I got to follow through, though, was to wear all the iconic K-drama costumes — from a high school uniform inspired by Endless Love: Autumn in My Heart to a hanbok (Korean traditional dress) à la Jewel in the Palace or Dong Yi.

Side story: When I was in Jeonju, a halmeoni (grandmother) asked where I got my hanbok because she thought my hanbok rental came with a wig. 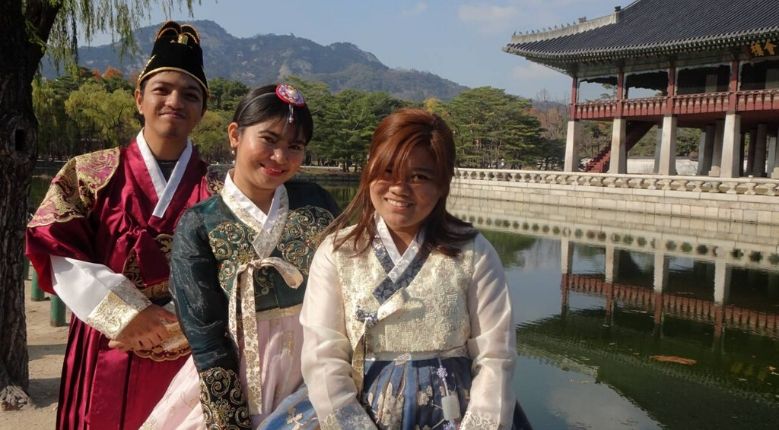 Jen and her friends in full Joseon-inspired outfits.

My second must-do was to eat by the Han River. Originally, I wanted to order Korean fried chicken through the phone but since my hangul was limited and it was freezing when I visited Han River, I settled for a bowl of ramyun (instant noodles) and beondegi (Korean silkworm).

My last must-do was to leave a love locket at Namsan N Tower. I left a locket for me and my mom because she’s my one true love."

Expectation:  "Everything would feel like I just stepped out of a K-drama!"

Reality: “After visiting sites like Garden of the Morning Calm (as featured in Love In The Moonlight), Heo Joon Jae’s House (as featured in Legend of the Blue Sea), and the replica of the Jewel In The Palace set, I'd say that overall, the K-drama filming locations looked pretty much the same — except for the apartment complex from Fight For My Way.

In the series, [the apartment seems to be] quite near the bus stop, right? When my cousin and I got there, we actually had to hike for 20 minutes. We weren’t ready for a surprise hike but my love for Park Seo Joon was strong. Good thing that locals were helpful! We just said ‘Park Seo Joon’ and ‘Fight for My Way’ and they pointed us in the right direction.” 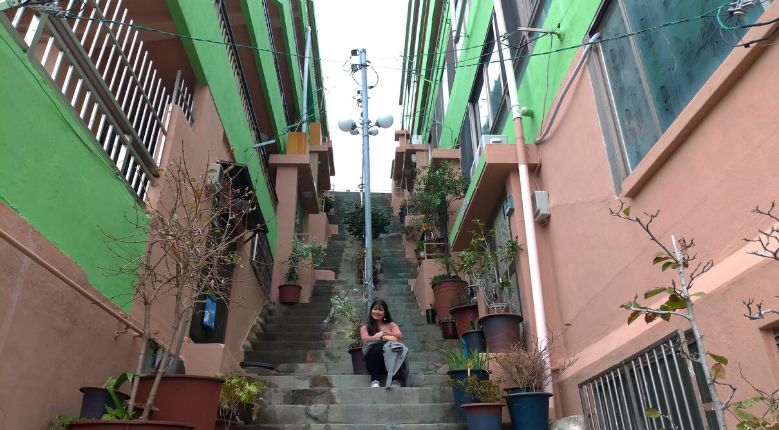 Go Dong-man and Choi Ae-ra, where are you? Jen posing at a Fight For My Way's filming location.

Expectation: "Since I watched Introverted Boss — a Korean drama set in a PR firm — I had a feeling that Seoul would be a busy city. It seems like everyone was always rushing; most Korean women would even keep their hair rollers on their hair bangs on the subway." 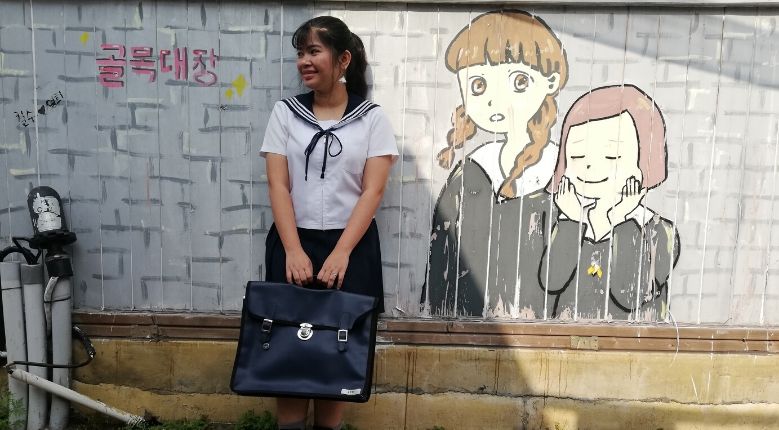 Jen's reel-to-real experience did not disappoint.

Reality: “I think fashion and culture-wise, it was pretty much the same. Despite their fast-paced lives, I was a bit surprised that Koreans are always helpful to give instructions, even when there was a slight language barrier.

If there were any exaggerated parts [in K-dramas], I think it would be how they portray Korean halmeonis as stern and unapproachable. Korean halmeonis are very sweet and caring in real life. One time, while I was in the subway station waiting for my cousin, a Korean halmeoni approached me to ask where I was going, pinched my cheeks, called me kyeopta (cute) before telling me to be safe.

There was also an instance when while I was talking to another Korean halmeoni, she noticed that I was a bit pale because it was too cold. She held my hand to keep me warm and taught me how to use my heat packs to keep me warm longer.

After my trip, I'd say I got to appreciate their culture more [through the locals]. My trip was full of good memories so whenever I watch K-dramas, I always end up [feeling] wistful. I even took up a short Korean class because I want to converse more with the locals when I go back there for a solo trip [in the future]."

Next, find out if Paris is truly as charming and romantic as it is in the movies.